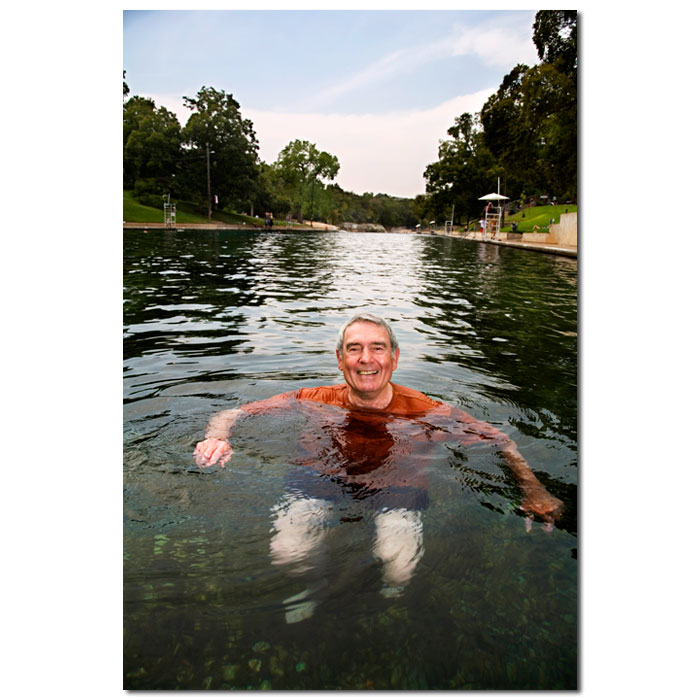 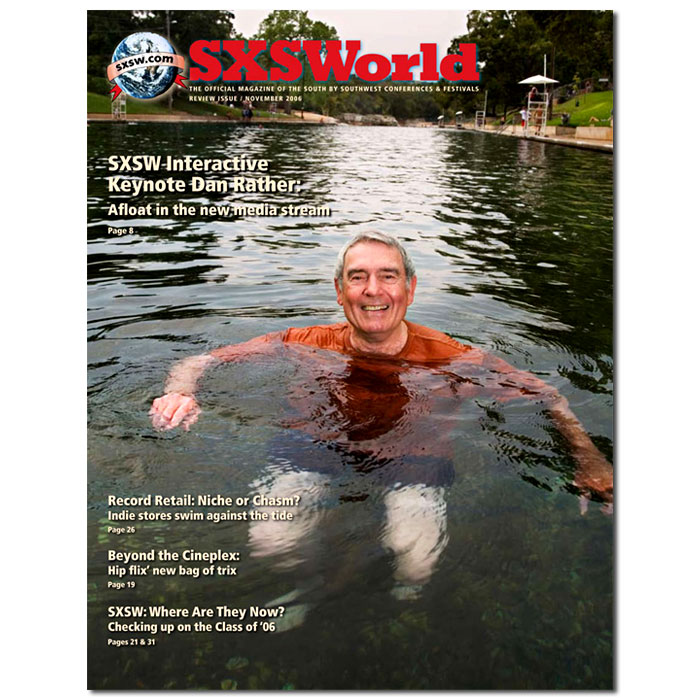 How do you get Dan Rather, one of the most well-known and respected news men in American history, to strip down to his shorts and immerse himself in a 68° natural spring for your magazine cover, even after his people have already told you he won’t agree to that? Apparently you just ask him, which is what I did as the Art Director of the photo shoot for the cover of the November 2006 issue of SXSWORLD magazine. Dan Rather was the Interactive Keynote speaker at SXSW 2007. Photographed by Will Van Overbeek.